Not a Good Fit 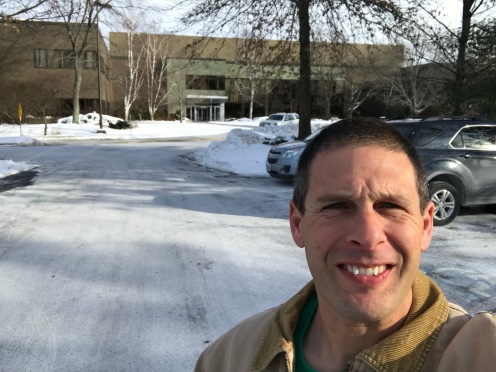 In June 2016 I decided to change jobs within Fidelity.  I had been working in the same group for a number of years.  I felt stuck and thought that I needed to try something different.  The company is good about encouraging associates to see different parts of the firm as part of career growth. I didn’t find exactly what I wanted, but some change felt better than no change.  I took a leap out of technology and moved laterally into a “business” role as a Director of Capacity Management.  Our team was tasked with understanding workforce supply and demand for a large (1500) operations division.

While not particularly exciting, I tried to make the best of my role.  As part of our charter, I developed a comprehensive model to understand work effort and efficiency in several teams.  I tried partnering with the managers and leaders to show the value of data and actionable insights in the results.  But they wanted a slick front end with visuals and fancy charts. A pilot/prototype/POC is not meant to be pretty, it is meant to narrow and quantify how well something works.  You don’t build out the solution until you know your MVP is ready to be scaled.  But at some point, you know you should build for scale.

I remember an all-hands meeting in late 2016 discussing goals for the next year.  I had my Excel models and my day job had morphed into data entry and manually scaling (copy/paste) each model to new groups making it ‘production-like’.  I had designed a conceptual model of how to build a database to scale support of my results (and the rest of my team) across all 20-some groups in the division.  I asked one of the leaders in my vertical, “What is our devspend for next year to build out these models?”  Reply: “What is devspend?” I admit, at this point, I became disillusioned.  We aren’t even planning for all of these little desktop solution POCs to be migrated to something production capable?  We aren’t trying to create scale?  Why are we hiring new people and growing the team instead of leveraging technology?  I was frustrated, and for the first time ever, I stopped feeling invested in my work.

Months passed and my manager and I discussed ways I could get engaged.  Our reporting platform was Tableau, and of all the new technologies that I want to learn, this was not one.  I used to have a team that built OBI reports based on my designs.  Now I needed to rebuild 5 POC Excel models in 5 separate Tableau workbooks?  I tried to learn some, I really did, but I just couldn’t do it.  This was not what my job was supposed to be.  And while I did a few little things to try to steer my role in a more strategic direction, the Tableau thing would not quit.

In late 2017, it became obvious that I was not a good fit for this job and that there were no feasible resolutions to the mismatch.  I have to say that my managers and Fidelity went above and beyond, in giving me the opportunity to openly look for something new and transition to something else.  Alas, it was not meant to be.  I couldn’t get anything within the company that really made me excited to work.  This was a disappointment as I really enjoyed my time and legacy at Fidelity.  I recorded this video as a goodbye to my friends there.

I read a fair number of business texts, but this last role punctuated 3 lessons better than anything I have read…

With 2018, I am starting out on a new adventure as Founder/CEO of a startup, TheMissionZone, which will start off as platform for more exciting corporate training solutions.  The future looks brighter and is a better fit for me, who I want to be, and my place in this world.  Best of luck to Fidelity and all my friends there.  Stay tuned.

2 Responses to Not a Good Fit