The Lights Are Out 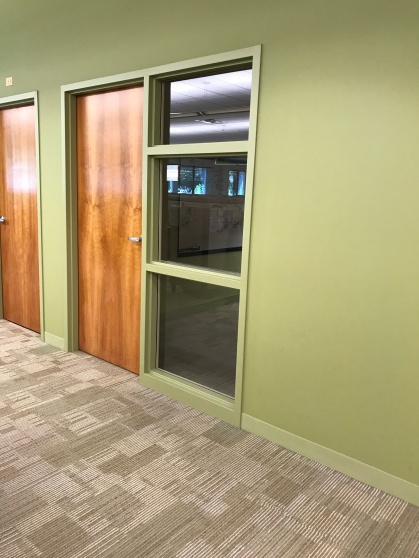 There are a lot of problems in this country, both in business and politics.  I think leadership is at the forefront of these problems.  As I see the success and failure of various leaders, I am starting to see a paradox that should concern us all.  Many senior leaders are promoted to their positions based on their confidence which often presents as blatant arrogance when you look at it a little deeper.  But that same arrogance limits their ability to lead in a way that breaks new ground and disrupts the relevant domain.  As Bezos says, “it is always Day 1”.  Which means, you have to always be thinking creatively about disrupting every single thing you do and observe.

I was listening to a talk by Scott Berkun who argues that “All ideas are made from other ideas.”  Nothing is ever really new.  That which seems new just involves leveraging other ideas, combining them in unique ways, and turning the result into something new.  In order to do this you have to listen and learn and ingest the ideas around you.  That fails when you are arrogant.  People that think they need to prove that they know a little about everything always feel the need to talk, when instead they should be listening for the bits of detail that they DON’T already know.  There is no need to continue talking about what you know while listening to someone who clearly knows something different.  You might actually learn something.  I have been dealing with this arrogance for years and I am so sick of it.

The other day I met with a VP of Architecture to discuss how I can get my hands on some data.  Our team is charged with finding staff efficiency.  It is a well documented fact that a significant part of an office worker’s day is spent in email.  Fido is no exception.  And so in wanting to get stats on emails from certain groups that we suspect of driving excessive work, this guy starts lecturing me that I really don’t need this data.  Email is not a problem.  Who cares about email.  I don’t spend any time there.  I reply that we have to be thinking about email because it occupies so much time and that we should be considering tools like Slack that get around the inefficient 1980’s mentality of asynchronous communication.

[Full Disclosure – I have played with Slack, but it is not supported at work, so I have never used it in a professional context]

I started to argue with this guy and wanted to point out all the inconsistencies in his logic and as a leader of technical architecture, isn’t it specifically his job to look for new technology to find ways to let us be more successful and productive?  But I needed him to help me get a meeting with someone else, so I kept my mouth shut (believe me, it was just as hard to do that as it is for you to believe that I actually DID it!).

Here is where arrogance kills his ability to lead.

When arrogance occupies thought leadership roles, it kills any innovation from beneath because that arrogance assumes that it knows more than anyone under them.  It also kills that company’s ability to innovate from that level because these people are incapable of accepting new ideas from anywhere else.  Some people actually do know enough to innovate on their own.  But they get to that point by being sponges to knowledgeable people around them.  Clearly they don’t become arrogant and just decide that they have reached the end of all information and they are done listening to people.  That doesn’t make sense.  Please don’t talk about Steve Jobs.  A logical argument based on an exception, is not conclusive.

You can have the most inspirational visionaries leading a company, but if you pad the levels under them with arrogant people incapable of growing, that organization will die.  And if you seed the very senior-most levels with arrogance, then no matter what talent you have beneath, it never sees the light of day.  Think about the leaders in our country, business, organizations, your friends.  Imagine times when you have seen good ideas around them or from you and what they did.  When you feel they are too preoccupied with what they already know, does that make you feel good about the future?

1 Response to The Lights Are Out